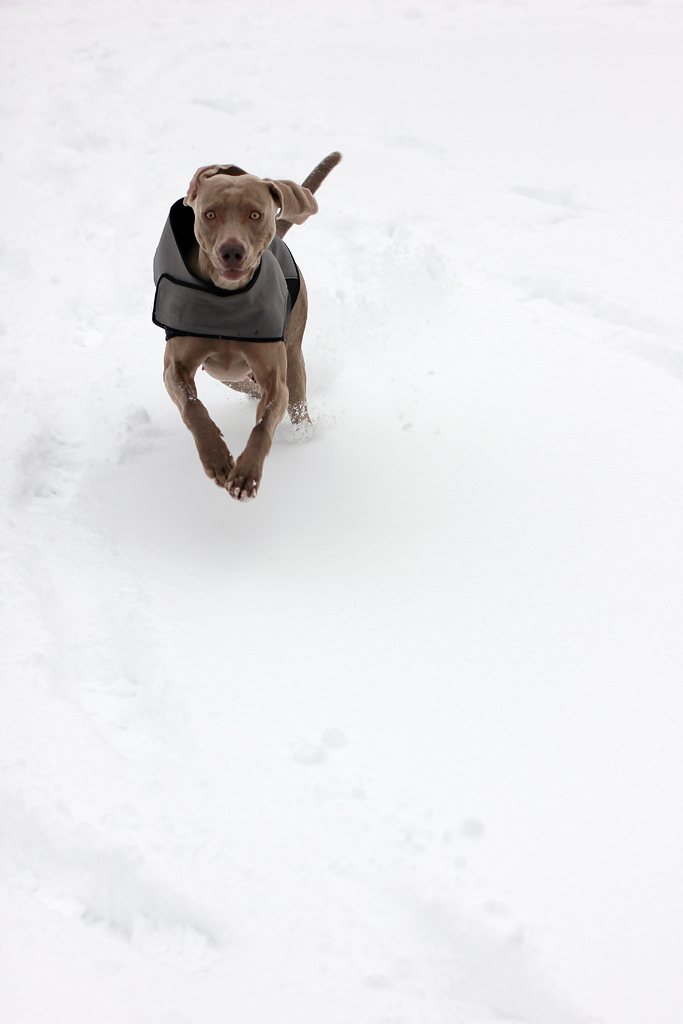 Bounding
Through the Snow

Bounding Through the Snow

The first snow of 2012 to hit Suffolk came in early February. Only a few inches, but enough to inspire a walk in the park with the camera. I loaded up the 50mm lens and went wandering.

This somewhat lucky shot was taken in Bourne Park in Ipswich, just a short walk from where I used to live. I'd been shooting some landscape shots of snow-covered trees over some meadows when this dog came racing up on me energetically.

I turned around quickly and as the dog jumped up I shot a few pictures in quick succession; I was fortunate enough to catch this one at a serendipitous moment.